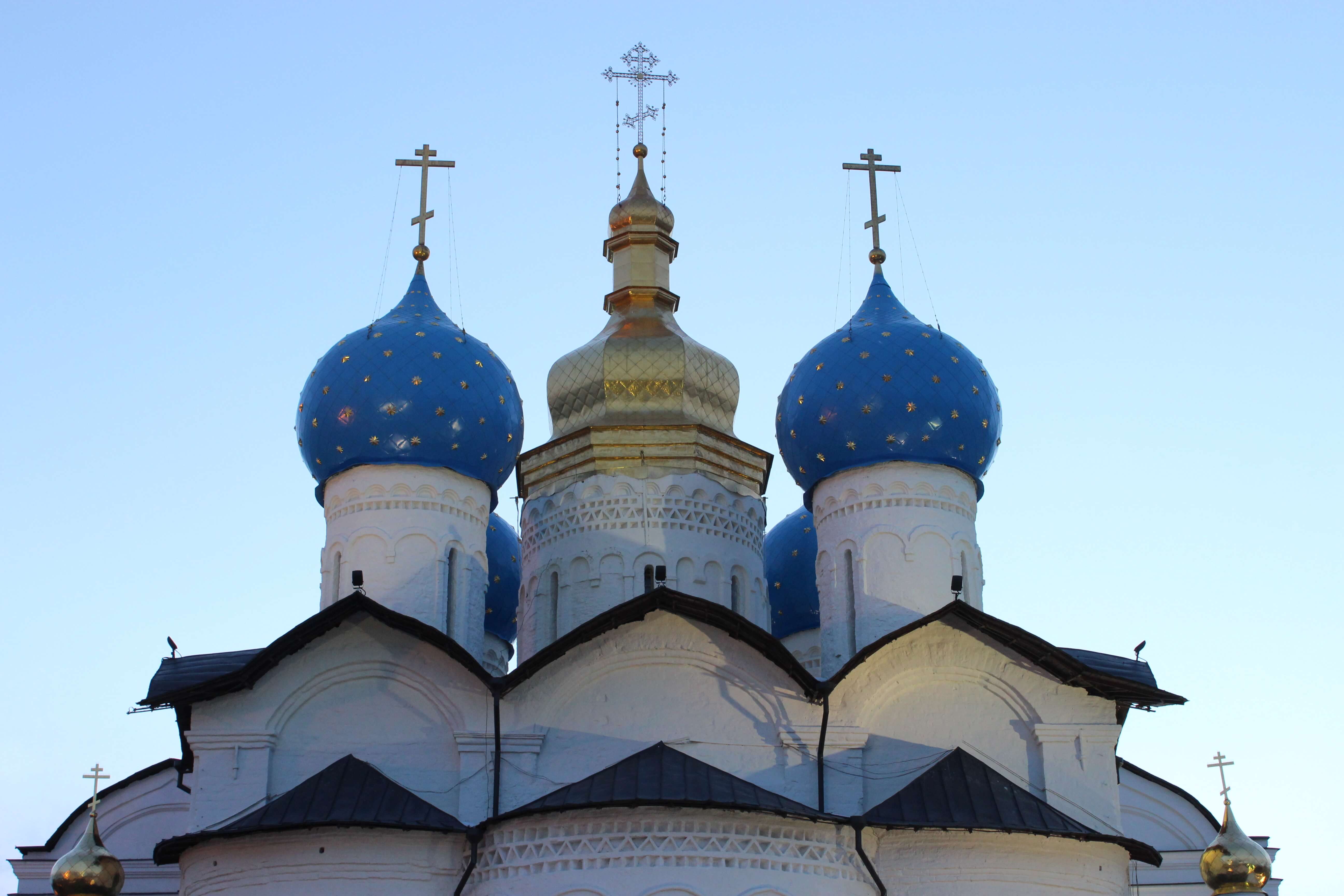 Every Traveler Should Do These 4 Things in Kazan

Kazan is one of the most popular stops on the Trans-Siberian Railway so, although I didn’t have two weeks available to ride the train, I knew I wanted to visit Kazan. I rode in a bumpy sleeper train for 22 hours from Volgograd to the city of Kazan. Along the way, I met a local who shared with me the top things to do in Kazan and the history of her beautiful city.

She also shared with me the history of her beautiful city. The Asian and European influences make this a city unlike no other. It felt like a mix of Budapest and Istanbul with a Russian flair. The residents are ethnically and religiously diverse, yet live together peacefully.

Kazan as a city is 150 years older than Moscow and is the original “melting pot” city. It’s the capital of Tatarstan, an autonomous republic in Russia.

The Tatar people, a Turkic group commonly affiliated with Genghis Khan, call Kazan home. Kazan was controlled by the Mongols for thousands of years until Ivan the Terrible captured the city during his expansion of the Russian Empire.

Tatars aren’t Russian, despite common belief, because they identify as a separate ethnic group. They have the same rights as Russians, though.

My Russian was decent by this point of my semester abroad, yet it took me forever to figure out why I couldn’t understand anything. That’s because the locals speak a different language! Their language–also called Tatar–is on street signs and menus. Many places also have Russian as well.

This is the only place on Earth (that I know of, at least) where such a large group of Muslims and Christians peacefully coexist. It’s normal to see young women walking down the street and laughing together, some of them wearing crosses and others wearing a Hijab.

Kazan is one of Russia’s largest economic and cultural cities. Russia’s third university opened here in 1804 and has famous alumni such as Leo Tolstoy and Vladimir Ulyanov (aka, Lenin). Lenin actually was expelled from the university because he caused trouble over politics.

Now that you understand Kazan’s history, let’s get into the four things to do in Kazan.

The Kremlin is the main sight in Kazan, with government offices, several museums, and religious sites.

Outside the kremlin’s entrance is the Musa Dzhalil Monument. It features a bronze man ripping barbed wire to honor the Tatar poet who was executed by the Nazis in 1944. He left a notebook of poems to his friend.

Follow the dominating spirals to the Kul Sharif Mosque, perhaps the main sight in the Kremlin. Completed in 2005, the mosque is named after the imam who died defending the city against Ivan the Terrible’s troops. There is a museum inside the mosque that tells the story of Islam on the Volga. The museum costs 100 roubles, but entrance to the mosque is free.

View the Syuyumbike Tower, the 59m-high romantic tower. Local legend says Ivan the Terrible wanted to marry Syuyumbike after the seizure of Kazan. She did not want to marry the ugly, paranoid dictator and, out of desperation, agreed to marry Ivan if he built her a tower higher than either of them have ever seen. Once the tower was complete, Syuyumbike threw herself from the top to avoid marrying the emperor.

Other favorite spots inside the Kremlin are the Annunciation Cathedral and views of the Kazanka River.

Take your time wondering the Kremlin during the day, but be sure to visit again at sunset. Watch as the city lights flicker on, boats slowly chug across the river, the sky turns to a brilliant blue, and couples stroll along cobblestone streets.

You can explore the library with a tour in English (be sure to book in advance) or by yourself. Either way, the architecture inside and outside are worth exploring. The library also has many community events, such as book presentations/signings, which you can find here.

The one place I looked forward to visiting most on my itinerary was the Soviet Lifestyle Museum. I find this time in history and governance complex and, therefore, fascinating. I couldn’t wait to see first-hand relics and knick-knacks from the 70s and 80s. The museum lived mostly up to my expectations, but I have two complaints.

First, items were not well-labeled. For example, a glass box full of perfumes had tape on the outside of the box with “perfume” written in Sharpie. Nothing was explained about how accessible these perfumes were or where they came from. Some perfumes were Western brands, so I assume they entered the USSR through the prominent black market but this wasn’t clarified.

Second, I think the museum portrayed Soviet culture in a very positive light without any explanation of negative aspects of the culture. I think some mention of the bad side of life in the USSR is necessary.

This slightly eerie, yet gorgeous, cathedral should be on your list of things to do in Kazan even if you’ve visited too many Orthodox cathedrals to count. It’s an easy walk from the Kremlin and offers spectacular views of the city.

Things to Do in Kazan

One of my favorite parts of visiting Kazan was simply wandering the streets. Western and English-speaking tourists usually don’t visit Kazan, so when they do locals show a lot of interest. It’s becoming more difficult to make connections with locals while traveling because of technology and mass tourism, so I love visiting cities where the locals are excited to greet you!

The Museum of Chak-Chak is perfect for foodies looking to taste traditional Tatar foods. It focuses on chak-chak, which are honey-baked dough balls served at celebrations.

You could also visit the Temple of All Religions, especially if you liked St. Basil’s Cathedral in Moscow. The jumble of colors and designs combines sixteen different faiths into perfect harmony. It’s a bit far from the city center, so be sure to hire a vehicle with Yandex.Taxi (Russia’s version of Uber).

Do you want to visit Kazan? Leave a comment below and let me know!