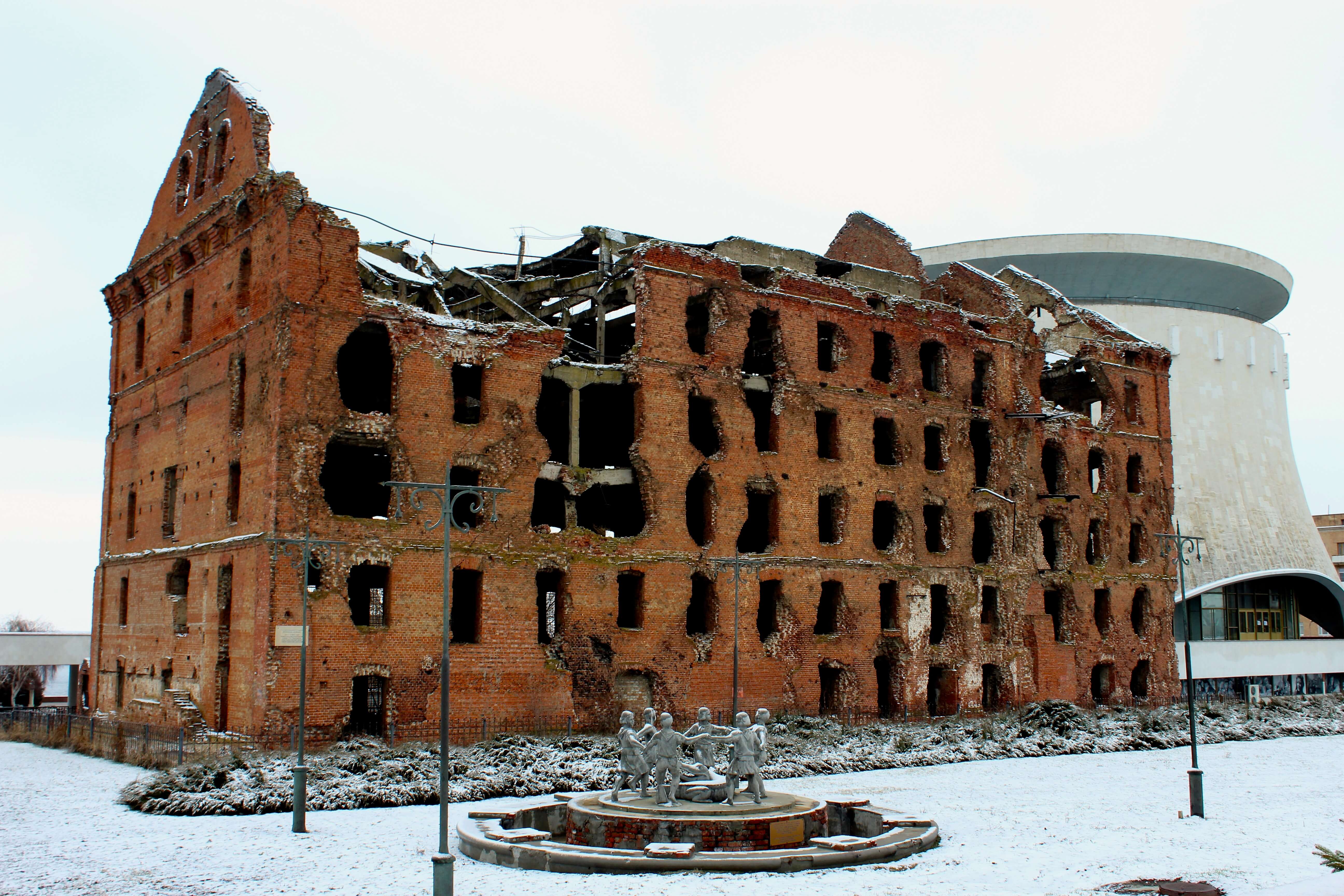 Russia in WWII and How to Visit Volgograd

“Is it true,” asked my Russian cabin mate on the 22-hour train ride from Volgograd to Kazan, “that Americans believe they won the war?“

I already knew the sad answer. American schools teach our participation in the war and not much about Russia in WWII.

This video reveals how little Americans know about WWII.

It took studying contemporary Russian history in Saint Petersburg, Russia to realize a more-whole truth about Russia in WWII and the war in general.

Today is about Russia’s side of the story.

Note: Everything in this post is sourced from 1) My Communist History class taught by a Russian professor in Russia 2) My travels in Volgograd 3) Some independent research for minor clarifications. Some of the below information contradicts what Western historians teach. As stated in the title, this is Russia’s story–what they know to be true.

Another note: Please remember that the Soviet Union fought in WWII, which includes several countries since the Soviet Union was comprised of 15 countries. This article focuses specifically on the war on Russia’s soil. This is by no means meant to discredit the war in the other parts of the Soviet Union.

Germany suffered serious consequences as the declared loser of WWI that further destroyed the country’s economy and civil society.

Effective propaganda and a general feeling of hopelessness amongst Germans helped Hitler take advantage of the devastation and rise to power in 1933.

The Soviet Union was left out of the Paris Peace Conference, as was Germany, thus the two countries Germany and the USSR thus developed a close relationship. But Hitler turned on the relationship.

Stalin didn’t initially think Germany wanted the Soviet Union until he realized Hitler only ever wanted more. So, Stalin accelerated war production in the mid-30s to prepare.

There were three sides in WWII–the Axis, the Western Democracies, and the USSR.

Stalin offered an alliance with the Western Democracies several times, but they repeatedly rejected him. Eventually, the USSR signed the Molotov-Rebbentrop Pact with Germany in order to buy time and hold off German aggression longer since they weren’t yet ready for war and needed protection. The non-aggression treaty, signed in August 1939, was obviously temporary.

The Western Democracies hoped to channel Hitler’s aggression towards the Soviet Union because they were reluctant to fight.

Hitler wanted to beat the Western Democracies and the USSR “one by one,” so he enjoyed this split. He knew there was a better chance of winning with them separated instead of fighting together.

For several months, Hitler placed troops on the Soviet Union’s border in preparation for battle, but Stalin ignored it until just a few days before Operation Barbarossa began on June 22nd, 1941. This blitzkrieg (lightning war) is the largest operating force in history at one time. Yup, much larger than D-Day (however, D-Day was the largest seaborne operation).

Operation Barbarossa took place in most of modern-day Eastern Europe.

The well-known Western Front (fighting in France and Belgium, mostly) opened only after it was evident Germany would lose the war. The Eastern Front is where the war began, changed directions, and ended.

Stalin placed emphasis on offensive operations (fighting first) at the beginning of the war because he believed the war would not really be in Russia. He thought Hitler really wanted Europe, but Hitler kept fighting in the Soviet Union. Stalin realized he needed to change strategy.

Stalin asked France and Great Britain to open the Western Front to alleviate his soldiers’ suffering. The Soviet Union, at this point, were the only ones fighting. The West believed their armies were not yet ready for war (remember when Stalin had the same concerns?). The Western Front did not open, thus the Soviet Union sustained the majority of war efforts.

Eventually, the West accepted the Soviet Union as an ally and would support them with approximately 10 billion dollars in weaponry and other materials. This lend-lease program, however, came after the major fighting was over and a decisive victory was imminent (after Stalingrad, further described below). Americans’ place historical significance on the lend-lease program, not recognizing that the Soviet Union already outproduced Germany in weaponry without American help.

Three things, according to my Russian history professor, supported the Soviet war effort and sustained resistance.

The Battle for Stalingrad

The city of Stalingrad, now called Volgograd, has military importance and symbolic significance for the Soviet Union. Hitler wanted the city for its easy access to oil and other important resources to maintain the war effort.

Germany needed the city of Stalingrad to win the war, but Stalin and his patriotic (and often forced) soldiers refused to let the German Nazi army take their city. Stalin and Russian soldiers realized losing Stalingrad would lose the war, so they fought until death to protect their beloved country.

Life on the Battlefield

Soldiers transferred to Stalingrad in trains, kept like cattle. As soon as the train doors opened, they immediately entered the battlefield. German fighter jets ruled the sky, shooting anything moving. Fighting occurred everywhere.

There were more soldiers than guns. Soldiers were either handed a weapon or bullets (not both). Once the soldier with a gun was wounded or killed, the soldier with bullets picked up the gun and shot.

A soldier’s life expectancy in Stalingrad was less than 24 hours.

How would you fight knowing you will never see the sunrise or set again?

Nearly 1.2 million soldiers died or were wounded, captured, or missing during the Battle for Stalingrad. It is impossible to wrap the mind around 1.2 million lost soldiers from a single battle.

Stalingrad was unrecognizable on the third of February after the battle ended. Dead bodies and rubble littered the streets. Buildings were unrecognizable.

The only recognizable structure was Barmaley Fountain, officially known as Children’s Khorovod–a statue of six young children dancing around alligators. Juxtaposed against the devastated city of Stalingrad, this fountain symbolized the human ability to destroy, but also humans’ resiliency.

They say no matter where you step on the streets in Volgograd, someone had died there. I felt this sad eeriness everywhere I went while visiting the city.

Arguably of equal importance to the Battle of Stalingrad is the Siege of Leningrad. I posted two photos on Instagram with extremely long captions describing the siege if you want to learn more.

The Kursk Battle is the largest tank battle in human history. Nazis realized Europe still refused to open the Western Front, so they took the opportunity to make advance further into the Soviet Union. Soviet intelligence was much stronger than German intelligence (and was supposedly more developed than even Great Britain’s intelligence), and this arguably allowed for a Soviet win.

Results of Russia in WWII

Who suffered the most loss? The USSR with 26 million civilian deaths and 11 million soldier deaths.

Who fought and won the most battles, thus bearing the most weight of the war? The USSR.

1,200 words are not enough to fully describe WWII, but hopefully this attempt is well-received.

How to Travel in Volgograd

If you want to learn more about Russia in WWII in Russia, then visit Volgograd. All of the photos in this post are from Volgograd.

Learn more about the WWII efforts in Stalingrad at the heartbreaking Panorama Museum of the Battle of Stalingrad.

Do yourself a favor and don’t bother catching a bus from the airport; take a taxi instead.

Further Resources About Russia in WWII 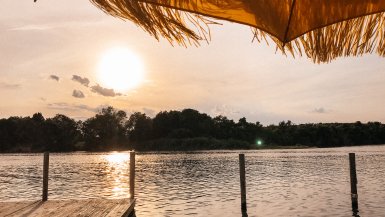 How to Donate 1% to the Planet 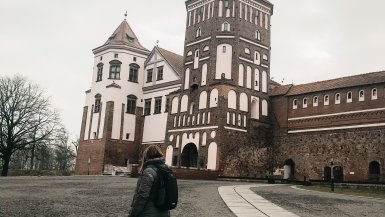