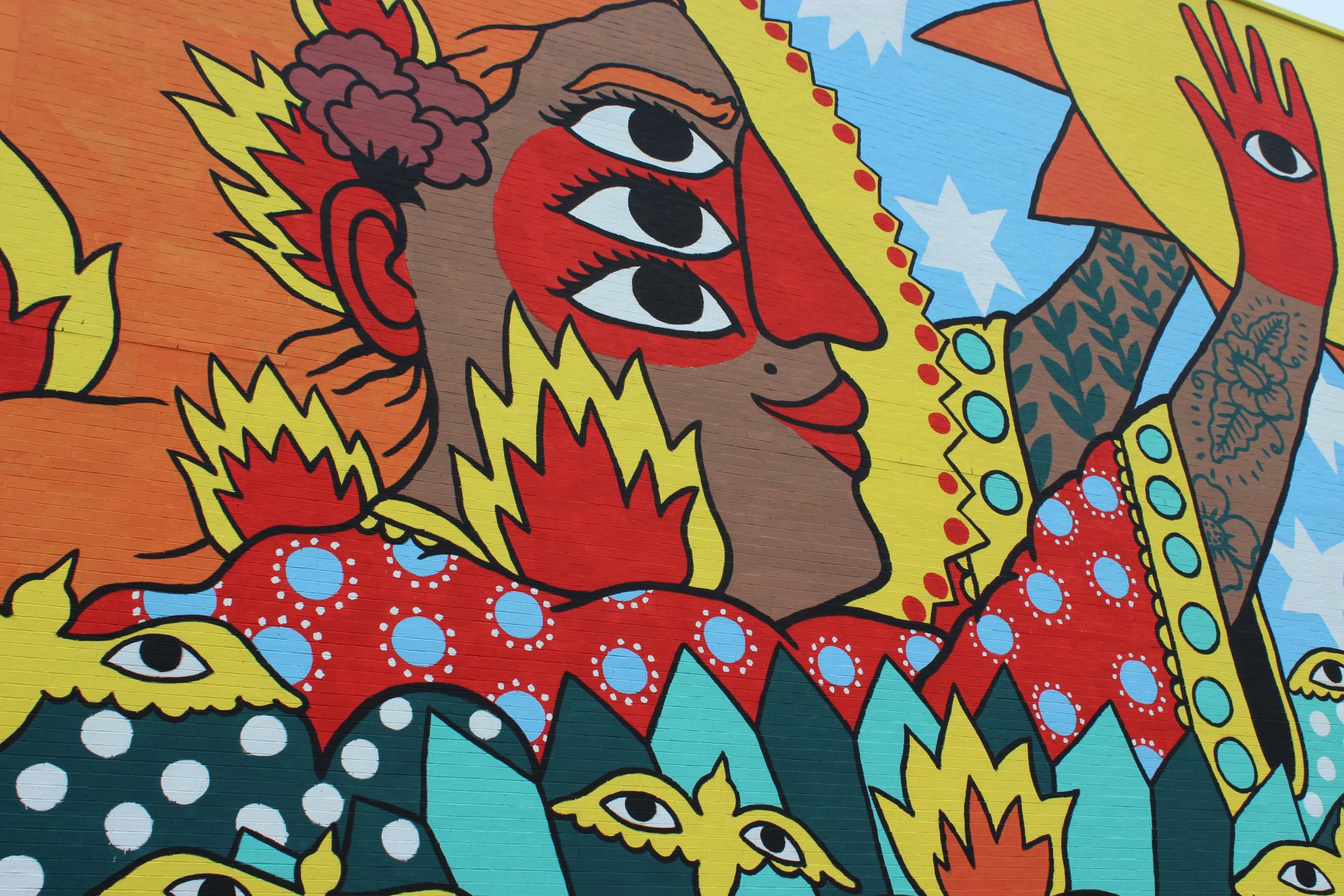 Montreal In Fall with a Local As My Guide

Montreal in the fall season is magical. In the course of one week, I watched as Montreal turned green to golden yellow and orange as the autumn weather hit. My timing couldn’t have been better. Leaves crunched underneath my shoes and the brisk weather chilled my nose. I didn’t mind sniffling as I shuffled inside Montreal’s gothic churches and art museums.

If it wasn’t already obvious, my running shoes made me stand out as a tourist amongst the well-dressed locals. The city reminded me I won’t win any “best-dressed traveler” awards soon. At least a map was unnecessary to navigate the city, concealing me somewhat, because the landmarks and city landscape give enough direction.

Flights from Greensboro’s tiny airport to Montreal are relatively inexpensive for an international flight. My round-trip airfare cost $305, but most flights are in the $200 range. Avoid booking with a small airline because my return flight was canceled without my knowledge, leaving me with no option but to book an expensive last-minute return flight. Still, the money was worth-spent considering my friend Celeste was on the other side waiting for me.

Celeste and I studied abroad in Russia together. We clicked on day one, but our friendship would only strengthen with time. Obviously, I jumped at the opportunity of visiting her and Montreal in fall once I realized how affordable it would be.

Thank goodness I did. I missed this girl! She proudly showed me her city with a 12-mile tour around the entire city. Celeste practically showed me all there is to see in one day. We scurried from Downtown to Mile End and back again. Celeste pointed out the amazing quirks of Montreal, such as a store open 25 hours daily.

Then there’s Plateau Mont-Royal, a hillier version of Central Park. Montreal’s beloved mountain offers spectacular views of the city after the trek to the top. Hiking up seems like death, but believe me when I say the view is worth the sweat. The colorful leaves, which sort of define Montreal in fall, made our exhaustion barely noticeable. And don’t you dare call Plateau Mont-Royal a hill! Locals will quickly defend their mountain.

Celeste introduced me to Poutine, a classic Canadian dish, my first night. I doubted the strange decision of Poutine would change my life as she had promised, but she wasn’t far off. We devoured our french fries topped with cheese curds and brown gravy. One order of Quebec’s dish is perfect for two. Although the serving size looks small, it will quickly fill you up! It’s best paired with a local beer.

Attending an ice hockey match is necessary for any visit to Canada. My first NHL game was the Montreal Canadiens (also known as the Habs) versus the Toronto Maple Leaves. Can the names get anymore Canadian? Workers passed out free Habs scarves, which perfectly matched our newly-bought Habs shirts. Unfortunately, the Habs lost by one point, but the experience won in my book.

Another hit was the small but exciting Biosphere. Located near the Olympic Stadium, we traveled through the rain forest, Canadian forests, and arctic tundra in a matter of a couple of hours. The monkeys and beavers were cute, but they didn’t get the same level of excitement from me as the puffins and penguins did!

Celeste worked and attended classes during the week, offering me the perfect time to explore parts of Montreal independently. I shopped at Marche St-Jacques, explored Musee des Beaux-Arts, gawked inside Basilique Notre-Dame, climbed the St. Joseph Oratory, and more. My Montreal Lonely Planet guidebook was my perfect local companion when Celeste was at school.

Celeste and I attended a couple of her university’s events too. We enjoyed a competitive game of Jeopardy at Russian Conversation Club and listened to the university’s prestigious orchestra. Movies (mostly Wonder Woman), dinners at home, late-night conversations, and cuddling Celeste’s adorable cat Tchaikovsky ended every evening.

One thing I would change, after having looked through my credit card statements, would be to spend less on food. At 33% of my spending that week, I went a little crazy with the cafes and hip eateries. Then again, eating at Montreal’s quirky and delicious restaurants is the thing to do. Do I regret spending $200 on food in Montreal? No. Do I need to keep this in mind for my next travel adventure? Absolutely. Did my spending ruin the week? HECK NO.

While I’m sure the city is wonderful year-round, I recommend you visit Montreal in fall because I believe it’s the most magical season of the year. Having a best friend and amazing host helps, too.