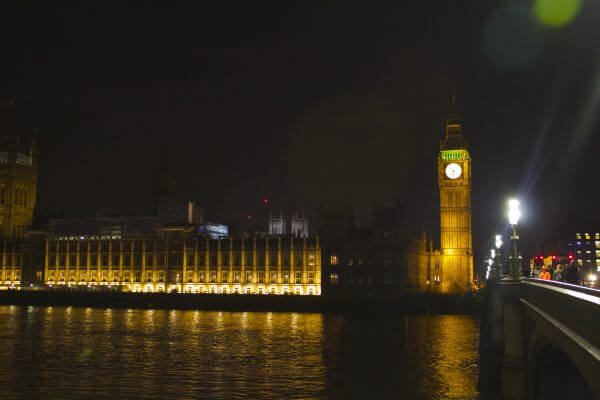 Arriving in London was exhilarating. After nearly two years without international travel, but saving fiercely for it, I was in a new country and fulfilling my goal of solo travel. Hard work was finally paying off.

After a few days, though, things took a turn for the worse. I found myself finding excuses to cut my day short from touring. Around 4 pm every day, I went back to the hostel instead of further exploring. I would binge-watch Netflix, eat chocolate and potato chips in bed, and troll the internet.

I realized something was wrong after a Tower of London Beefeater tour. During the tour, I was in a haze. Later that night I was unable to recall more than a few details from the tour. Although sarcastically, the Beefeater called me out for not paying attention. It was embarrassing to my otherwise stellar student record. But it’s true–I couldn’t stop my mind from drifting.

Every journey has its ups and downs, but was this normal? I’ve traveled before and never felt like this. Since London was my first time traveling solo, I questioned if I was cut out for solo travel. Is it only a phase? Do I not like London? Did I set too high expectations? Am I homesick?

After a few more days of pushing myself to explore and enjoy the city, I’ve concluded London confuses me. Although I generally enjoyed my time, London and I lack chemistry.

These are the five things contributing most to my lackluster London experience.

I spent my fifth evening in London either in the bathroom or the hospital. I’ll spare you the details, but it was a gruesome, exhausting, painful, and scary experience. One woman walked into the bathroom during the several hours of my head over the toilet and ignored my request for help. Eventually, I gathered the energy to approach the hostel’s front desk to ask for help. The front desk assistants gave me my own room for the night, which was nice and helpful, but it didn’t solve the problem (they also told me where a drugstore was located, because I was obviously ready to walk several blocks to a drugstore). I lost awareness of my surroundings due to extreme dehydration and experienced other concerning complications. The front desk called a taxi to take me to the hospital (apparently emergency services take several hours to arrive in London).

I never felt so alone in my life. It was the epitome of homesickness. All I wanted was familiarity and family while I was sick.

The doctor diagnosed me with food poisoning, but research after the incident leaves me to believe I actually had the Norovirus.

Free healthcare wasn’t as terrible as the horror stories I heard made it out to be. The doctor gave me a magical shot to hold down water. The doctor and nurse checked me over for any other potential issues and asked me a hundred questions to ensure nothing else was wrong. The doctor asked me to not leave until I was more hydrated just to ensure I didn’t relapse. For such a lonely and scary incident, I was finally in good hands.

The hospital staff laughed when I asked, “how much do I owe.” We can debate free healthcare another day, but it saved my budget for the trip since I didn’t purchase insurance.

If you’re traveling to countries without free healthcare, I recommend purchasing travel insurance to avoid a similar scare as I had. I believed nothing would happen to me, as you probably do, but accidents and viruses get to the best of us. It’s better to be prepared. Since then, I’ve purchased World Nomads travel insurance to cover any medical accidents or emergencies and more. Check out the cost and available plans here.

After returning from the hospital, I rested for 24 hours. Unfortunately, I missed the Greenwich 5K I excitedly anticipated. The next day I was able to get out, but only for a few hours. Four days later I was back to normal…four days too long. It is unfortunate to have wasted precious travel time.

I allowed myself time to rest. I wrote a lot, read a lot, edited photos, and talked to family and friends back home. Feeling trapped in a hostel room also motivated me to make up for the lost days in London.

Upon return from the hospital, I slept in a private room instead of the dorm room where my belongings were. When I returned to my dorm room, a few of my items were missing–an 18-pack of PopTarts I purchased as a gift for a friend, a Paddington children’s book I also purchased as a gift, my 120-pack of gum, and one pair of jeans. They didn’t magically disappear, so I assume they were stolen. I didn’t exactly have time to lock my belongings while running to the bathroom and it didn’t cross my mind during my extreme dehydration.

Nothing. Two entire pounds of my luggage (precious currency while traveling) was dedicated to PopTarts for nothing. I had no gift to offer friends residing in London. I missed that gum every day. My favorite pair of jeans were gone forever (don’t judge–it takes a while to break in jeans to perfection).

Attempting to stay under budget forced me to explore less expensive activities. I discovered a free walking tour, visited an Adventure Travel Show, explored random London neighborhoods, and people-watched. I think these experiences had a much more positive impact on my time in London than any of the museums. Plus I was able to serve you, my readers, with an extensive break-down of what it looks like to visit London for $79/day and how you can replicate that. Check out that guide here.

From bad weather to bad personalities, I guess London does have it all. Many Londoners refuse to smile or even look at strangers. As a generally positive person who loves to smile, this was extremely disheartening.

Londoners tend to also give unwarranted advice, one of my pet peeves. Catcalling exists too, just as in any big city. At the end of the day, it just seemed like more of the same old nonsense.

Although many days were foggy, rainy, and too cloudy for my liking, I also experienced an unusual amount of bright and sunny days for January in London.

Morning commuters often read during their journey. Whether its the free newspaper at every tube station, work papers, or novels, it seems like the easiest way to point out a tourist is if someone is not reading. Needless to say, I quickly jumped on the bandwagon and towed my Foreign Affairs magazine or Russian history book everywhere I went. This part felt like, dare I say, home-like.

Londoners may not smile or look at you, but many are willing to help if you’re lost. They love to converse with foreigners.

And a last-minute self-made pizza night with a couple of other girls in the hostel dorm turned into exactly the kind of night I was craving.

…how you confuse me. One minute I’m picking out my future London flat and the next moment I’m counting the hours until I’m snuggled up in my dorm room bed, hiding from the city.

Eventually, I accepted not every city or country has to be my favorite. London is a great city with lots I still want to do, but it’s not a city I envision myself visiting time and time again. London and I don’t have chemistry and that’s okay. Every city has something to offer, but not every city will leave me heart-eyed.

Have any cities left you feeling incomplete? Let me hear it in the comments below!