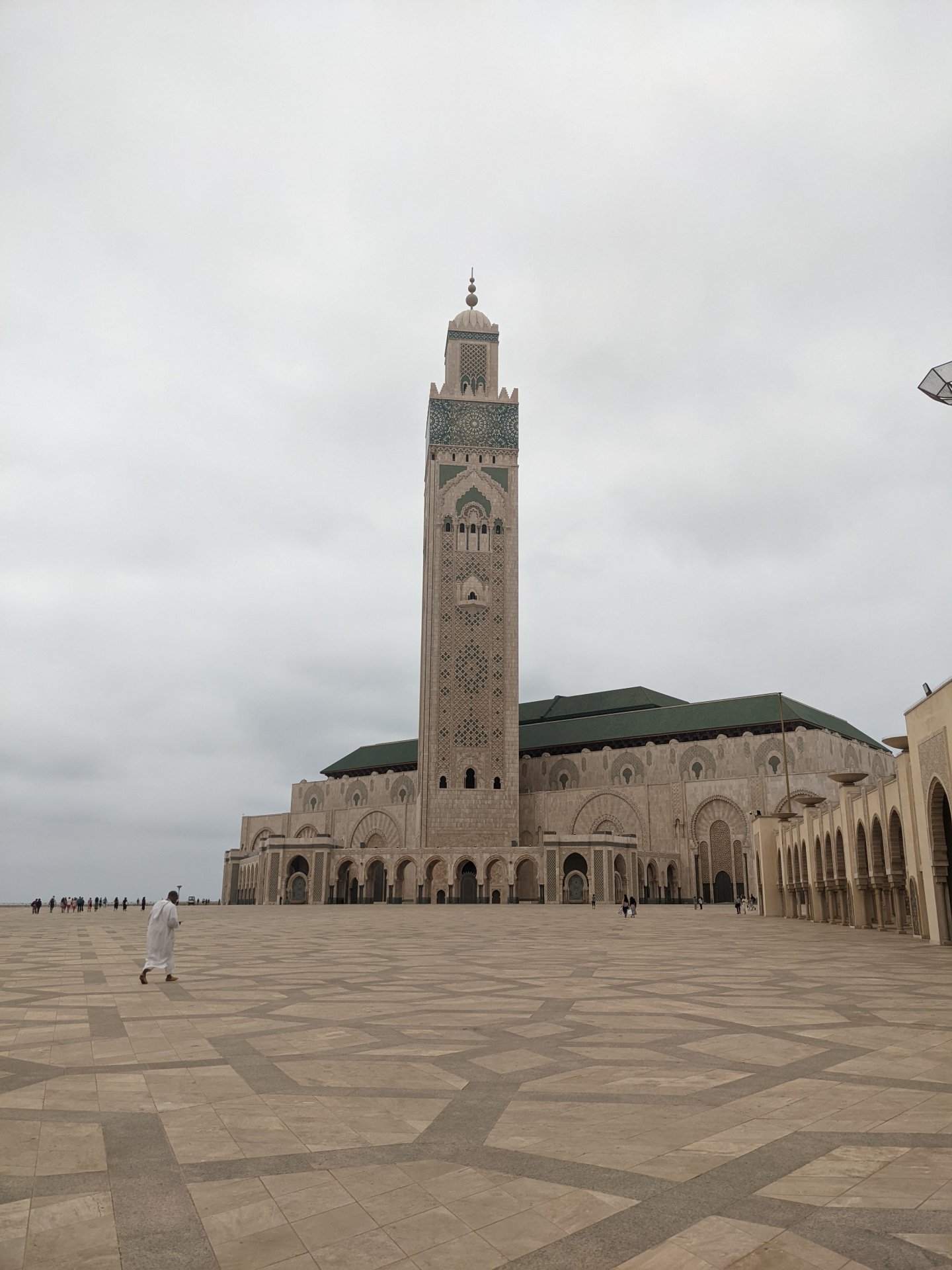 Why visit the Hassan II Mosque?

My college mandated a religion course for all students. I grew up in a fairly regular Church-going Christian family, so I figured college was a good time to expand my knowledge. There’s a lot of misinformation about Muslims and I wanted the facts. So I took Introduction to Islam for my religion course.

I obviously learned a lot about Islam and Muslim culture in that course. Three main things stuck with me, though.

First, there are a lot of similarities between Judaism, Christianity, and Islam than I ever thought. We all believe in the same God, after all.

Second, giving is engrained in Muslim culture. This inspired me so much, in fact, that I started donating 1% of my annual income to charities.

The mosque cost around $800 million and was completely funded by donations from the Muslim community around the world.

The entire structure and grounds are almost completely built using materials from Morocco.

The tour of the Mosque will delve into greater detail about all the wonders of this Mosque. Truly, it was a spectacle to see and learn more about. I may not have been to many Mosques, but I have this feeling in the core of my bones that this is one of the most beautiful Mosques in the world.

How to Visit the Hassan II Mosque–The Inside

Although you can visit the exterior of the Mosque only (which I describe how in the next section), I highly recommend paying for the interior tour for the full experience. I promise it’s worth the money!

Non-Muslims can only visit the Hassan II Mosque during visitation hours with a paid ticket and the included guide.

The ticket includes entrance inside the Mosque and a guided tour. The tour lasts about 45 minutes. There’s plenty of time for pictures during the tour. Since the interior of the Mosque is a big open space, you can wander around a little bit and still hear the tour guide. I also lingered behind the group in some spots to take more photos.

No tourist entrance is allowed during actual prayer times.

Double-check tour times online because the hours vary during Ramadan, summer, and winter. Generally, there are several tours in the morning and a couple of tours in the afternoon.

To buy a ticket, stop at the Hassan II Mosque Museum. You will find this saved as an address in Google Maps. This is the only point of entry into the Mosque.

You cannot buy tickets online, so arrive with plenty of time before a tour; I recommend at least 30 minutes.

How to Visit the Hassan II Mosque–The Outside

You can see a beautiful view of the Hassan II Mosque from its main pinpoint on Google Maps, simply called Hassan II Mosque. The Mosque is directly located on a cliff facing the Atlantic Ocean.

I wandered around the exterior complex for a while witnessing as the waves crashed against the Mosque’s cliffside, local children played soccer on the neighboring boardwalk, and families played in the rocky shoreline below.

I recommend reserving another 30-45 minutes, in addition to the interior tour, to wander around the exterior limits of the Mosque and take in the Mosque’s views from the boardwalk.

There is no fee to wander the exterior of the Mosque. If you’d like, you can go to the ticket entrance and wander in the interior courtyard of the Mosque as well. However, staff check for tickets upon entry to the Mosque so you’d be limited to only the outdoor views without a ticket and guide.

What to Wear to Visit Hassan II Mosque

Women don’t have to cover their hair to enter the Mosque.

However, men and women should dress conservatively. Shirts should cover your shoulders and chest. Shorts should go beneath the knees.

You’ll also take off your shoes to explore the Mosque. I recommend bringing socks to cover your feet while walking on bare ground. The entire complex was extremely well-kept, though, so it won’t be a problem if you don’t have socks either.

Where to Park to Visit the Mosque

There is street parking along Rue de Doukkala, which is the street that runs between the boardwalk and the ticket office.

This is a paid parking area, but there are no ticket machines. A couple of men manage the parking areas. They usually approach you and put a note on your car with the time (written in Arabic) of when you parked there.

I recommend negotiating a price prior to leaving your car for how long you’d like to park there and for how much. They’ll mark until what time you paid to park.

You’ll pay on the spot in cash, or before you leave.

While this process seems informal, the parking managers are strict so be sure to pay to park!

How Long Do You Need to Visit Hassan II Mosque?

A generous time estimate would be 2.5 hours.

You may need 3 hours if you’re a professional photographer or prefer to move more slowly while traveling.

Do you have other questions about how to visit the Hassan II Mosque in Casablanca, Morocco? Leave them below or email me. I would love to help! 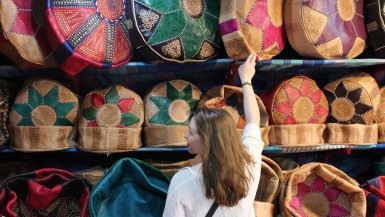 One Night in Fes: Morrocco Memories