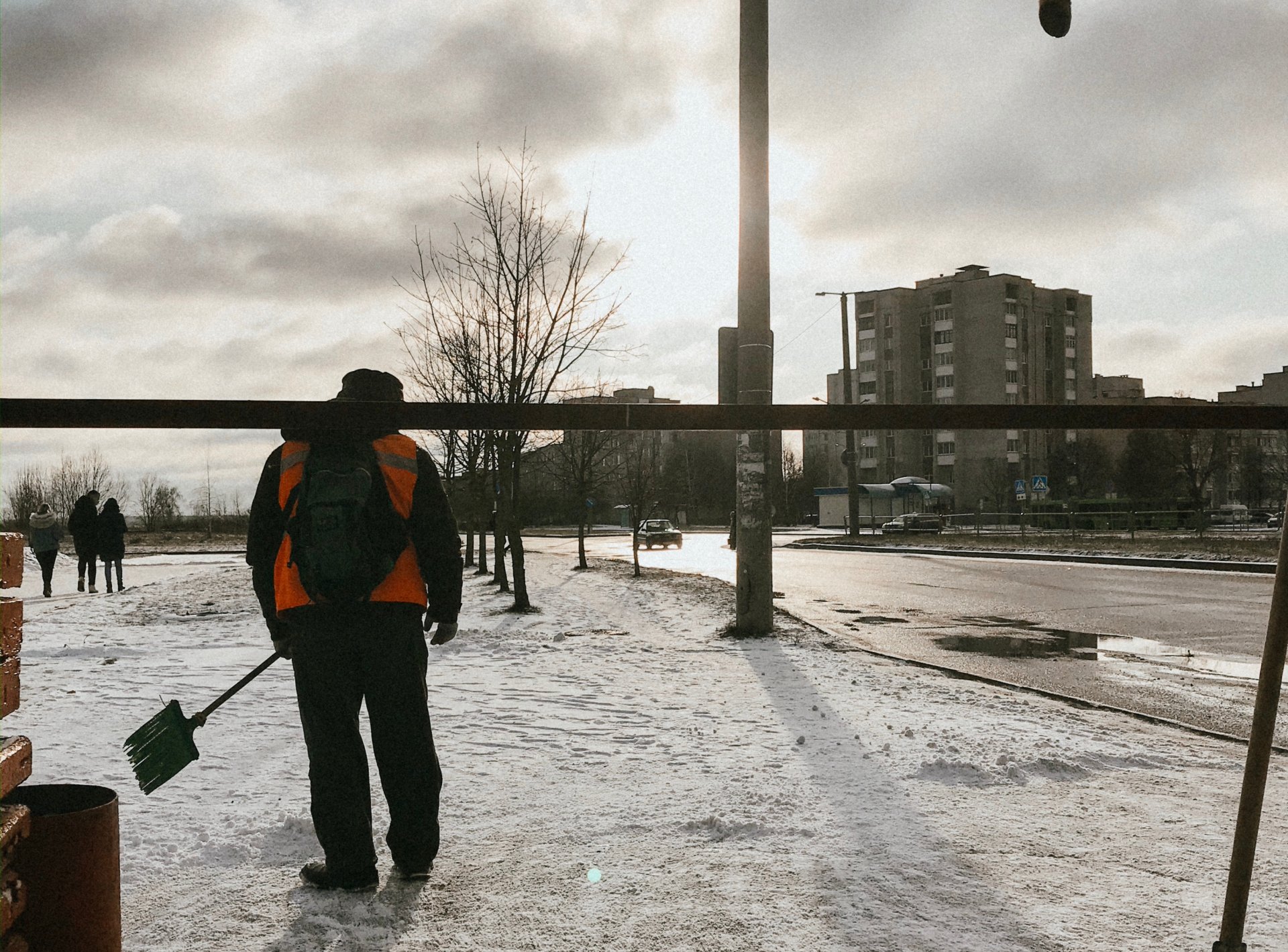 If you read my previous update, you’ll know that I was greatly anticipating a refresh. While every day is a new day to start again, a new month feels more smashing a reset button in my book. December in Belarus was going to be different for me, and it was. It was filled with progress, friends, and even family. Yet, it wasn’t always easy.

Perhaps it was culture shock. That was certainly part of my lethargic attitude and gloomy outlook on many things. Overwhelmingly, though, I think the persistent gray and dark days got the best of me. Until I spent December in Belarus, I didn’t realize how much the sun, or lack thereof, affects me.

Doing Too Much and Taking A Step Back

During the previous week’s Thanksgiving celebration, and surrounded by friends, I was overwhelmed with gratitude and self-reflection. There was so much energy passing through the room that it really helped me realign my priorities.

Lisa, as always, proved to be an amazing support system and friend for me as she listened to me rant about all the things I wanted to accomplish and wasn’t accomplishing. As a result, I took a step back from this blog I so dearly love.

Soon after, I was sweating in the gym again and reminding myself the head trainer, who previously told me to lose weight, didn’t matter.

I filled my free-time with things I loved and grew to love, such as educational videos on YouTube while cooking new recipes in my kitchen.

While my Russian study routine wasn’t daily and, due to my own lack of self-discipline, it never became part of my daily routine. However, I was becoming more consistent with it. I remembered my full immersion in Germany several years earlier and tried to replicate that as much as possible. I swapped English podcasts with Russian ones, English music with Russian music, English films with Russian films (or with Russian subtitles), etc. Those small things helped a lot!

Eventually, I stopped isolating myself as much and feeling like everything sucked. I reached out to more people to grab coffee, watch a movie, or simply walk through the park. December in Belarus was starting to look up.

It takes time to get out of a rut, but I was slowly digging myself out.

The Hilarious Story of my Minsk Apartment Rental

Getting inside the actual apartment was frustratingly difficult, and turned into the funniest story from my time in Belarus!

I texted the manager when I arrived in the city informing him I’d be at the apartment in about 30 minutes, as instructed in their welcome email. Then, I texted him again when I was 15 minutes away. Finally, I called him when I was outside the apartment waiting. He didn’t pick up. I called at least five more times in the span of 20 minutes with no response.

About 45 minutes after I arrived at the apartment, the manager called me and said he’d be on his way in about 15 minutes. About 30 minutes after this call, he called again to inform me his car was not starting and his friend would drop off the key.

Keep in mind, I’m waiting outside the apartment complex. There’s no way to access the lobby without the code into the building. It was December in Belarus, so it was below freezing. I’m bundled up in winter gear, but waiting what was ultimately over two hours outside made my body numb.

Finally, his friend arrived and brought us to the apartment. Shortly before he arrived, someone came out of the apartment complex and let me into the building so I was at least out of the wind.

The manager’s friend escorts us into the apartment and I hand over my card to pay. Apparently the apartment is cash only, which none of the emails I received or phone calls with the manager informed me of. Daniel had joined me at this point and collectively we didn’t have enough cash.

My Russian is far from perfect, but I could communicate throughout this whole process. I was struggling to understand the manager’s friend at this point due to his rapid and frantic speech pattern. He was pissed to have to cover for his friend and then this favor growing into a bigger issue.

Finally, I told him to calm down and speak slowly. Honestly, I have no idea where this Russian ability came from but I guess when you really need to communicate something you figure it out! I explained to him that I understand Russian fairly well, but only when people speak slowly. Then I told him he was only making this worse for him by not speaking slowly.

That really straightened him out and he started to speak slowly.

He kept asking us to pay in USD, which I replied we didn’t have and, even if we did, we wouldn’t carry that amount of cash on us. He couldn’t fathom Americans not having copious dollars on them at all times.

The only solution was apparently to collectively go to an ATM together, but none of us were from that area and didn’t know where an ATM was. He sprinted into the street yelling “where’s an ATM?! Someone tell me where’s the ATM!” over and over again. This man truly looked crazy.

After a lot of stares and concerned murmurs between people, a kind lady walked up and said she thinks there’s a bank half a kilometer down the road.

The man sprints to his car, calling us to hurry up. He squishes several bags of leaves together in the back seat to make barely enough room for Daniel and I to squeeze into the backseat. As we’re driving off, we realize there’s a pregnant woman waiting in the front seat!

As soon as we pull out onto the main road, we see an ATM on the neighboring building. The car screeches to a halt and we were ordered to pull cash. He overcharged us a little for the conversion rate, but at that point I don’t think Daniel nor I cared.

This man grabbed the cash, told me the apartment building code (1111111) five times because apparently hearing one seven times in a row was too complicated for me to understand, and started to drive off.

But I didn’t have the apartment key! I yell and run after the car. He whips to the side of the road again and yells back, “What girl?!”

After some fumbling, and him telling me I already have the key, he found the key in his pocket and handed it over. He zoomed off before I could stop him again.

Daniel and I entered the apartment for a second time and took in our surroundings for the weekend for the first time. We were catfished. The photos online were a lot nicer than reality. While I find the 70s style charming, the price was that of at least a 2000s apartment.

Throughout the night, the three of us discovered more faults with the apartment. There were no towels. The kitchen barely worked. The fully stocked kitchen only included a pot and spatula.

We repeatedly tried calling the manager to at least request towels, to no avail.

This is in no way the typical Belarusian short-term apartment experience! But the likelihood of it happening anywhere else in the world is low.

Staying Sane in December in Belarus

With the absence of of my regular outlets, I’ve learned to stay sane with other methods in December in Belarus.

Previously, I hated cooking. I even publicly declared my inability to cook on Facebook a few years prior. Apparently people can change because, now, cooking is relaxing for me. As a teacher, my entire day was spent giving to other people. I lived in a country where how I did things wasn’t the normal way. Cooking became the one part of my day where I could do something for myself with no one else adding their opinions to my process. A Spotify playlist, glass of wine, and homemade dinner seemed to solve any troubles I had had.

Finally, as had happened the previous month, temporarily leaving Belarus helped me as well. At the end of the semester, I hopped on a 13-hour overnight train to Berlin and met my parents for Christmas. We traveled to cities I love and ones I hadn’t visited before. For the first time, I introduced my mom to my German friends and family.

Once they left, I spent more time with friends, including a birthday party and a New Year’s Eve murder mystery party! Although my German language is not as good as it was six years earlier, it was refreshing to communicate in a familiar language again.

German wasn’t familiar at first, though! When I first arrived in Berlin, I kept communicating in Russian! I understood all the German spoken to me, but somehow my brain translated responses into Russian! For the first time, I realized my Russian was improving.

Although a large portion of my December in Belarus wasn’t actually spent in Belarus, my heart yearned to return and to do things right. My Belarusian life had a lot of ups and downs. Looking back, I struggled with culture shock and refused to admit it. This caused me to distance myself from anyone who I felt would add more judgement to my life, which turned out to be everyone.

Nonetheless, I was excited to return. But first, I would travel through Poland and Ukraine. 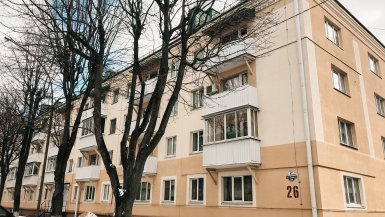 March in Belarus: When the World Suddenly Stopped 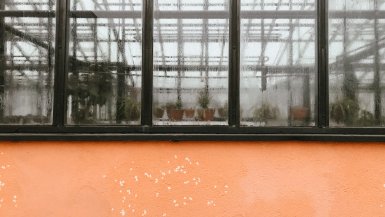